We evolved from Ibafon Chemicals (IBACHEM) Limited, a joint venture with the Dow Chemical company (DOW) in 1979. This was around the time of the oil boom in the 70s. Ocean going vessels laden with cement would line up outside bar to come into the (former) Lagos port(s) at (the Marina &) Apapa. Most times the demurrage would get so large that to cut losses it was more economical to sink the vessels and claim the insurance than continue paying demurrage. This was known as the “cement armada.”

The IBRU ORGANIZATION (IBRU) had completed in 1973 the sand filling of a 50 acre complex between a 500m long, 9 metre deep jetty & the new Apapa/Oshodi dual carriage expressway which was to service the national ports. His vision at that time was to promote a food processing complex using his frozen fish pioneering efforts as the anchor. When Dow came knocking to rent land to bring in chemicals, IBRU declined initially. However after several discussions thereafter IBACHEM ensued.

In 1996 Dow left & introduced a “new partner,” a chemicals trading house operating out of Brussels who promptly proceeded to transfer the customer base from IBACHEM to themselves. We had no choice but to look to our strengths. IBACHEM had in 1986 developed a 1.5 million litre tank for receiving bulk chemicals. It was noted that the sailing time for a container load of chemicals from Europe to Nigeria took anywhere from 3 to 6 months door to door from letter of credit (l/c) perfection. A bulk vessel however would have arrived before l/c perfection.

Clearly a time of change was upon us. Bulk was the future. We leased our tank out to a base oil importer in 1998 & commenced further tank construction of another 3 million litres in 1999. We switched focus from a chemicals importer to a bulk liquid handler. Ibafon Oil Limited commenced business officially in January 2005. Today we own & operate 85 million litres of storage in two locations.

Our competitive advantage is our professionalism and transparency in everything we do. Our customers enjoy 100% return on their liquid deposits. In some cases where they have dedicated storage & there is an expansion due to temperature increases they may enjoy returns in excess of 100%. Transparency and accountability are essential to build a solid reputation which in turn sustains business. 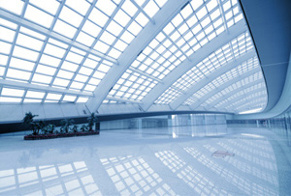